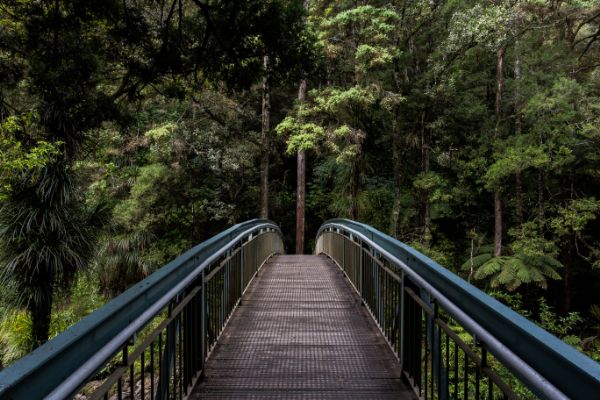 Unlike conventional legal texts, Islamic legal maxims were not formulated at once. The conceptual underpinnings of these maxims and their definitions developed gradually when jurisprudence blossomed at the hands of leading jurists from the rank of derivative opinion-making (takhrīj) and rule-determination (tarjīḥ) as deduced from the indications of general legislative scriptural texts, the fundamentals of legal theory, the ratio legis of laws, and established rational premises.

Not every legal maxim was given a specific form by classical jurists except for those that were based on prophetic ḥadīths, e.g. lā ḍarar wa lā ḍirār (no harm shall be inflicted or reciprocated), or statements related from scholars of the legal schools and their senior acolytes that later functioned as legal maxims, e.g. the statement of Abū Yūsuf in al-Kharāj, “The ruler is not entitled to remove ownership of a thing from an individual unless it is due to an established, recognized right.” The majority of legal maxims, however, have taken their final form through scholarly usage, refinement, and modification in the areas of explication (taʿlīl) and deduction (istidlāl). The explication of ijtihād-based legal injunctions and the modes of analogical deduction have served as major resources in shaping these maxims after the establishment of the major schools of law and the efforts of their leading partisans in refining and organizing their principles and evidence.

The high-ranking jurists of the Ḥanafī legal school­—the earliest of the four legal schools—seem to have paved the way in shaping these universal juristic concepts in the form of legal maxims and adducing them as proofs while the partisans of other schools followed suit. These maxims were called uṣūl, as mentioned by al-Qarāfī. Those who wrote books on maxims and legal commentators state while explicating laws, “Such and such is from the uṣūl of Abū Ḥanīfah” citing some of these maxims, as can be found in al-Dabūsī’s Taʾsīs al-Naẓar and al-Karkhī’s Qawāʿid.

The following account related by Ibn Nujaym in the prolegomena of al-Ashbāh wa al-Naẓāʾir is possibly the earliest collection of these maxims in the Ḥanafī legal tradition. Abū Ṭāhir al-Dabbās, a blind scholar who lived in the 3rd and 4th centuries AH, summarized the most important principles of the Ḥanafī legal school in seven universal maxims. He would revise these maxims in his local Masjid after everyone would leave. Ibn Nujaym writes that the Shāfiʿī jurist Abū Saʿīd al-Harawī related some of these maxims from Abū Ṭāhir, among which were the five major maxims, regarded as the origin of maxims and the foundation of legal rulings based on scripture and ijtihād. These are (1) al-umūr bi maqāṣidihā (matters are judged by their objectives); (2) al-ḍarar yuzāl (harm should not persist); (3) al-ʿādah muḥakkamah (custom is given authoritative status); (4) al-yaqīn la yazūl bi al-shakk (certainty is not overruled by doubt); and (5) al-mashaqqah tajlib al-taysīr (hardship begets ease).

Imām Abū al-Ḥasan al-Karkhī’s Qawāʿid is the earliest extant treatise on these maxims. Imām Abū Ḥafṣ ʿUmar al-Nasafī al-Ḥanafī (d. 537 AH) commentated and elucidated the treatise with examples. Al-Karkhī clearly worked on, and added to, the maxims Abū Ṭāhir collected; al-Karkhī provided 37 maxims while al-Dabbās only formulated seven. The reader of al-Karkhī’s Qawāʿid will notice that some of them are not maxims in the sense we have defined. They are merely instructive thoughts for the partisans of the legal school vis-à-vis the explication of laws, such as, “Every verse of the Qurʾān that conflicts with the opinion of our scholars will be harmonized based on abrogation, preference, or interpretation.”

We learn from the above that the formulation and compilation of these maxims began at the close of the 3rd century AH. The juristic understanding of these maxims was well-known by the mujtahid imāms, seen as academic principles utilized for analogy, derivation, and explication even though they were not compiled or given their final form at the time. These maxims are different from Uṣūl al-Fiqh (legal theory), that is, the science that provides a methodology for the hermeneutics, deduction, and comprehension of scripture.

Thereafter, Imām Abū Zayd al-Dabūsī al-Ḥanafī authored Taʿsīs al-Naẓar in which he incorporated a substantial number of maxims on specific subjects as well as universal maxims alongside derived rulings. Then the erudite Egyptian scholar, Zayn al-ʿĀbidīn Ibrāhīm ibn Nujaym (d. 970 AH), in the first section of al-Ashbāh wa al-Naẓāʾir, presented 25 maxims which he divided into two categories. First, fundamental maxims like pillars in the legal schools. These are six maxims: the five mentioned earlier and lā thawāb illā bi al-niyyah (reward requires intention). Second, 19 less expansive maxims in various subjects from which certain peripheral maxims and many legal injunctions were derived. Ibn Nujaym has explained extensively the peripheral laws that were derived from these maxims.

In the mid-12th century AH, the Turkish Ḥanafī jurist Muḥammad Abū Saʿīd al-Khādimī, who wrote the marginalia on al-Durar Sharḥ al-Ghurar, wrote a primer on legal theory entitled Majāmiʿ al-Ḥaqāʾiq which he concluded with a large selection of universal legal maxims. He presented them without commentary and organized them alphabetically;154 maxim in total. Some of these maxims were instructive thoughts—as in the case al-Karkhī’s Qawāʿid—others interchangeable terms, and the rest were legal maxims that comprise constitutional laws. Al-Khadīmī took most of these from Ibn Nujaym and then expounded upon them.

In al-Farāʾid al-Bahiyyah fi al-Qawāʿid al-Fiqhiyyah, Shaykh Maḥmūd Ḥamzah, the Muftī of Damascus during the reign of Sulṭān ʿAbd al-Ḥamīd, carried out an exhaustive collection of maxims and principles related to the major juristic subjects outside the maxims of the Majallah by providing examples and organizing them per the conventional juristic chapter sequence. However, there were few legal maxims per the definition we provided earlier—as in the case of the Majallah. Under the heading of maxims, the book mainly consisted of peripheral guidelines and foundational laws on specific subjects. The author also has a specific treatise on the maxims of Waqf (endowments).

This was a brief overview of the formulation and collection of legal maxims in the Ḥanafī legal school. A study of authorship on legal maxims reveals that the Shafiʿī jurists then the Ḥanbalī jurists then the Mālikī jurists followed the Ḥanafīs; it then moved on to the Shīʿī scholars. The 8th century AH was the most prolific century for these works as is clear to anyone who examines the catalogs of the prominent libraries. It should be noted that many of the works known as al-Ashbāh wa al-Naẓāʾir, such as those of the two Shāfiʿīs al-Tāj al-Subkī and al-Jalāl al-Suyūṭī, comprise many of these maxims. In the introduction of his Ashbāh, even Ibn Nujaym explained that he used al-Subkī’s book as a template.

The most prominent printed works on the study of maxims or those that bear that title from the three legal schools besides the Ḥanafī school are the following: 1) Qawāʿid al-Aḥkām fī Maṣāliḥ al-Anām by the Shāfiʿī jurist ʿIzz al-Dīn ʿAbd al-ʿAzīz ibn ʿAbd al-Salām (d. 660 AH); 2) al-Furūq by the Mālikī jurist Shihāb al-Dīn al-Qarāfī (d. 684 AH), a student of al-ʿIzz ibn ʿAbd al-Salām; 3) al-Qawāʿid by the Ḥanbalī jurist ʿAbd al-Raḥmān ibn Rajab (d. 795 AH). Despite their invaluable status, these works do not consist of maxims per the definition we provided earlier, i.e. jurisprudential and constitutional dicta illustrative of universal laws in a few comprehensive words. These books, however, comprise typologies and foundational guidelines on broad jurisprudential subjects.

[1] Muṣṭafā al-Zarqā, Foreword to Sharḥ al-Qawāʿid al-Fiqhiyyah, pp.36-42. Liberties have been taken in translation to make this excerpt more reader-friendly.