Among the many contributions of Islām which Muslims have rightfully boasted of through the ages has undoubtedly been its contribution in\ the line of academia. The very first revelation to the Messenger of Allāh (peace and blessings be upon him) bears first hand testimony to this fact. From the intricacies of language to the subtleties of the spiritual heart, Muslim scholars have left no stone unturned in their contribution to humanity in general, and to the Muslim community in particular. One subject, seldom discussed, yet has played an important role in the smooth regulation of the affairs of Muslims for centuries is al-Ihtisāb, or “enforcing public good and preventing public wrong.”

The topic of al-Ihtisāb has received much attention from scholars throughout the centuries. Some scholars have incorporated the subject of al-Ihtisāb into their more general works on Fiqh, such as Abu ‘l-Hasan ‘Alī al-Māwardī [d. 450 AH] in his al-Ahkām al-Sultāniyya, and al-Qādī Abū Ya‘lā [d. 458 AH] in a book with a similar title. Other scholars have authored independent treatises and works on the subject of al-Ihtisāb, such as Ahkām al-Sūq of Yahyā ibn ’Umar al-Andalūsī [d. 289 AH], which is one of the earlier works on the topic to have reached us, Nihāyat al-Rutbah fī Talab al-Hisbah of Jalāl al-Dīn al-Shīzarī [d. 589 AH], and Ma’ālim al-Qirbah fī Ahkām al-Hisbah of Muhammad ibn Muhammad al-Qurashī [d. 729 AH].

One work in particular that we wish to discuss in this brief article is Nisāb al-Ihtisāb of ‘Umar ibn Muhammad al-Sunnāmī [d. ca. 725 AH]. The manual is an indispensable masterpiece for every Hanafī scholar, in particular Hanafī Muftīs. One can gauge the value of the book by the countless material exclusively found therein. In addition, it is the first and perhaps the only available Hanafī manual written on the topic. Unfortunately, since the value of the book is often not realized, it is abandoned in a heap of unused books, thus making it a diamond among rocks.

We will first discuss the life of the author, followed by a description of the book. Thereafter, a translation of a few passages will be presented. A pdf file is attached for those interested in obtaining a digital copy.

His name is ‘Umar, and his father’s name is Muhammad. He was given the title Diyā’ al-Dīn. He is known as al-Sunnāmī, ascribed to the city of Sunnām, which is situated in the province of Punjab, India. He was born and raised in India. Although his exact date of birth and death are unknown, from other indications we learn that he was born in the first half of the seventh century, and he passed away in the first quarter of the eighth century.

‘Umar al-Sunnāmī was born in an academically oriented family, as his father, Muhammad, was an expert scholar, and himself grew up to become one of the leading Hanafī scholars of his time. Among other sciences, he was very skilled in the Tafsīr of Qur’ān. One can gauge at al-Sunnāmī’s vast knowledge by reading his book Nisāb al-Ihtisāb, considering the variety of sources the author quotes therein: Fiqh, Hadīth, Tafsīr, Siyar, and Lughah etc.

Apart from his academic expertise, he possessed a high level of piety and a lofty rank in the eyes of the masses. He was very staunch against the people of innovation, and was not fearful of anyone in establishing the truth. He would hold a gathering of admonitions attended by an audience of three thousand.

In spite of his vast knowledge, ‘Umar al-Sunnāmī did not author many books. Perhaps this was due to the time constraints demanded by his occupation in the actual work of Ihtisāb. Some of his writings are the following: Nisāb al-Ihtisāb, Tafsīr of Surah Yūsuf, and al-Fatāwā al-Diyā’iyya.[1]

The sources of the book are numerous and perhaps exceeds one hundred. Moreover, the author did not suffice on quoting from books of Fiqh but extended the scope of his book to include quotations from works on Hadīth Tafsīr, Siyar, and Lughah.  One of its most beneficial features is the quotations taken from numerous rare books, such as al-Wāqi‘āt of al-Sadr al-Shahīd [d. 536 AH], al-Ajnās of Abu ‘l-Abbās al-Nātifī [d. 446 AH], and al-Īdāh of Abu ‘l-Fadl al-Kirmānī [d. 543 AH] [3].

In Nisāb al-Ihtisāb, the author compares the opinion of Imām Abū Hanīfah with his students. Occasionally, he points out the preferred view of the madhhab. Although he rarely delves into disputed issues, he occasionally discusses the views of Imām al-Shāfi‘ī and Imām Ahmad.[4]

Value of the Book

Many factors make this work a masterpiece, some of which are:

Passages from the Book

The following is a translation of selected passages from Nisāb al-Ihtisāb:

If a person eats from the middle portion of a piece of bread, leaving out the sides, if he wastes the sides it will be reprehensible, and if he gives it to someone else, there is no reprehensibility, as this is similar to him taking a slice of bread for himself, instead of another slice.

Chapter Fourteen: Al-Ihtisāb Regarding the Person Who Informs the Muhtasib of Vice

When a person is committing sin, if a second person informs the Sultān of his condition to deter him, than there is no sin (i.e. in passing this information). It is mentioned in al-Khāniyya [i.e. Fatāwā Qādī Khān]: if he knows that the Sultān is capable of preventing the subordinates and populace from their vice, it is permissible to write to him. However, if he knows that the Sultān is incapable of doing so, he should avoid writing to him, to prevent unnecessary enmity and hatred.[7]

Chapter Sixty-Four: Al-Ihtisāb by Removing From the House

…Question: When a strange woman comes for consoling and begins to wail on the deceased, is it permissible for the Muhtasib to take her out of the house?

Answer: Yes, it is permissible, because ‘Umar removed the sister of Abū Bakr from his house when she began wailing over him. From Sahīh al-Bukhārī.[8]

In brief, Nisāb al-Ihtisāb is an indispensable manual for every Hanafī scholar as the author has collected scattered rulings onto one platform, thus saving the researcher the difficulty of reading through voluminous works. It was for this reason that Abū Sa‘īd al-Khādimī [d. 1176 AH] quotes from it excessively in his al-Barīqah al-Mahmūdiyyah, and Mawlānā ‘Abd al-Hayy al-Lakhnawī [d. 1304 AH] and Muftī ‘Abdur Rahīm Lājpūrī [d. 2003 CE] both in their respective Fatāwā collections.[9]

The book was printed in Makkah by Maktabah Tālib al-Jāmi‘ī and edited and annotated by Dr. Marīzan Sa‘īd Marīzan. Although currently quite difficult, it will be very beneficial to get hold of a hard copy.[10] In any case, we have attached a pdf file for those interested in using a digital copy in the meantime.

Click for the Pdf file of Nisab al Ihtisab (2) 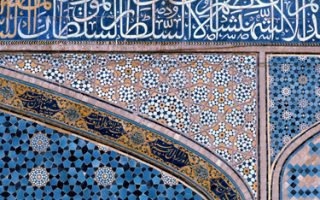