Fuqahā’, by the Syrian Hadīth scholar, the teacher of our teachers, Shaykh Muhammad ‘Awwāmah. There were numerous requests for an abridged translation of the work for the benefit of non-Arabic readers, as the original work is relatively lengthy. We will post sections of it in installments and finally publish the complete abridgement in a separate post. We have previously posted the following sections of the book:

The excerpt before you is an explanation of the third of four reasons of difference among the jurist Imām: difference of approach in dealing with apparently conflicting aspects of the Sunnah, which is regarded as one of the most important reasons of difference. In this chapter, the author explains three different approaches scholars have adopted in this regard: reconciliation (al-Jam‘), abrogation (al-Naskh), and giving preference (al-Tarjīh).

Moreover, he sheds light on the common error of immediately giving preference to narrations recorded in Sahīh al-Bukhārī and Sahīh Muslim over narrations recorded in other hadith works. He explains that this one of the last reasons of giving preference from a list of one hundred and ten reasons as mentioned by ‘Allāmah Zayn al-Dīn al-‘Irāqī (d. 806 AH). In addition, he explains the influence of the Fiqh of the hadith scholars upon their selection of hadiths in their respective compilations.

It is important to remember that this is only an abridged translation. Therefore, many sections were omitted and some were summarized.  To make the article more reader-friendly, an idiomatic translation was adopted in several places. Those who are interested in more detail are advised to read the original work.

The Third Cause of Difference:

This cause is regarded as one of the most important cause of difference among the jurists. There is scope to derive benefit from two outstanding disciplines: Hadīth and legal theory.

As for the science of Hadīth, this involves studying all the prophetic narrations revolving around one particular issue, and non- prophetic reports (Āthār) that are related to it directly or indirectly. As for the science of legal theory, this is by deriving benefit from its principles and established laws in light of other texts from the Qur’ān and Sunnah. Likewise, deep understanding, insightful observation, and reconciling between conflicting texts, have a great role in this discussion, as we will see in the coming passages.

Even a novice student of knowledge knows that often in one issue, there exists numerous narrations whose indication towards a ruling differs. Sometimes this difference can extend to several meanings.  In dealing with this difference, the scholars have adopted many approaches:

Some scholars give precedence to the third approach over the second, and thus making the sequences as: 1. Reconciliation 2. Giving preference 3. Abrogation.

Although the discussion on these approaches is very lengthy, I will suffice on the following:

When reconciliation is not possible, scholars attempt to figure out whether one text abrogated the other based on indicating factors that can be termed as “determiners of abrogation.” There are four such indicators:

Deep insight requires expert knowledge and critical observation. Knowledge of narrations requires acquaintance with every detail connected to the narrations of the issue at hand: the chains of transmission- a truly daunting task-their transmitters from the Companions -their history and characteristics- and their wording etc.

The Hadīth of Abū Hurayra, “When a dog drinks from one of your bowls, he must wash it seven times” is an example of the importance of being acquainted with every detail related to the narrations of a particular ruling. The Hanafī jurists opine that washing the bowl three times is sufficient based on their principle of abandoning practice of a Hadīth when the practice of its transmitter is contrary to it [i.e. Abū Hurayra’s practice is contrary to his narration]. The erudite scholar and researcher, al-Kawtharī [d. 1951 AH] writes:

The injunction of washing a bowl seven times is abrogated, not the injunction of washing three times, due to the gradual change of the Messenger of Allāh’s approach to dogs from severity to lenience. Initially he gave the order that dogs should be killed unconditionally- to uproot their affinity with them. Thereafter, the order was confined to the killing of only those that are jet black, in particular. Finally, there was concession to keep dogs for hunting, walking, and agriculture.

As you can see, the issue is not only restricted to the Hadīth of washing seven times, the narration “clean it with soil on the eighth time,” or the verdict and practice of Abū Hurayra (Allāh be pleased with him), rather it extends to every ruling related to the animal to fully grasp the intent of the lawmaker therein.

The scholars of legal theory have gone to great lengths in establishing the reasons of giving preference between two conflicting proofs. Hāfiż al-‘Irāqī [d. 806 AH] writes:

The reasons of giving preference exceeds one hundred. I felt it appropriate to briefly enumerate them, commencing from the fifty types mentioned by al-Hāzmī, after which I will mention the remainder consecutively.[1]

Thus, we can understand the ignorance, or the feigning of ignorance, of those who when faced with apparently conflicting narrations haste towards giving preference to the narration recorded in the two Sahīhs [i.e. Sahīh al-Bukhārī and Sahīh Muslim] over that which is not recorded therein. They do this without considering any of these reasons of giving preference whereas Hāfiż al-‘Irāqī when enumerating these reasons categorized “the Hadīth existing in one of the two Sahihs will be preferred over the one not recorded therein” as the hundred and second reason from a list of one hundred and ten.! Hence, they have demolished one hundred and one reasons of giving preference due to negligence or feigning negligence; the sweeter of the two is bitter!

There is another point worth mentioning. To elucidate, I will quote the statement of ‘Allāmah al-Bannūrī [d. 1997 CE]:

I mentioned before and I mention now that these prominent scholars, authors of the Sahīh collections, such as al-Bukhārī, Muslim, and others, adopted a path based on their understanding, ijtihād, or following their Imams in the subtleties of Fiqh, ijtihād, and intricate rulings, and they have chosen a stance concerning the disputed rulings. Thereafter, they compiled and transmitted in their works that which conforms to their juristic opinions [al-madhāhib al-fiqhiyya] and thus their Fiqh permeated into their Hadīth. Since they did not practice on the remaining narrations they never included them in their collections, except for those who undertook the task of mentioning the narrations of both sides, such as Imām al-Tirmidhī –in most cases- Ibn Abī Shayba, ‘Abd al-Razzāq in their Musannafs, and Ahmad in his Musnad…[2]

Some people are under the impression that this task is easier than tasting honey. If one of them were asked regarding the Hajj of the Prophet (peace and blessings be upon him), “Was he a mufrid, mutamatti‘, or qārin? He would respond before the question is complete, based on one narration, two narration, or several narrations that he came across, none of which is sufficient. If you are to oppose him, he will retort that a particular Imām holds that opinion!

Al-Hākim [d. 405 AH] mentions the Hadīth of Anas, “I heard the Messenger of Allāh (peace and blessings be upon him) recite the talbiya of Hajj and ‘Umrah together,” and the opposition of Ibn ‘Umar. Thereafter, he says:

The detailed discussion of Ibn Khuzaymah was presented in five volumes as al-Hākim himself mentions, wherein he quoted the statement of Abū al-Hasan al-Sinjānī, “I have seen [the discussion on] the issue of Hajj by Ibn Khuzaymah, and I have conviction that this is a science that we are not skilled in.”[4]

What would he say if he saw the book of Imām al-Tahāwī, the contemporary of Ibn Khuzaymah? Consider the statement of al-Qādī ‘Iyād:

Many scholars have discussed these narrations in detail. Some were proficient and fair; some were reductive and affected; some were lengthy and verbose; some were restrictive and concise. The one who spoke at greatest length was Abū Ja’far al-Tahāwī, the Egyptian Hanafī, as he discussed them in just over a thousand pages…[5]

After this, is it appropriate for an intelligent student by merely reading a few pages-Allāh knows best how much he actually understood- to throw the opinions of the Imāms against the wall? We find Imām al-Tahāwī [d. 321 AH], who authored a book almost the size of Sahīh al-Bukhārī in verifying this issue, still particular about keeping his association with one specific Imām even though he disagreed with him on certain issues.

The early scholars have given great care in gathering those narrations that apparently conflict on one plane, thereafter examining them, and explaining their conclusions. In this respect, Imām al-Shāfi‘ī authored the book “Ikhtilāf al-Hadīth,” and Ibn Qutaybah authored the book “Ta’wīl Mukhtalif al-Hadīth.” Imām al-Tahāwī has two works in this regard. The first is Sharh M‘ānī al-Āthār, which was his first compilation, as al-Qurashī notes. The second is Mushkil al-Āthār, which was his final compilation, also as al-Qurashī notes. Regarding this work, ‘Allāmah Kawtharī comments, “This is a book the likes of which has never been written before or after it on the topic.”[6] 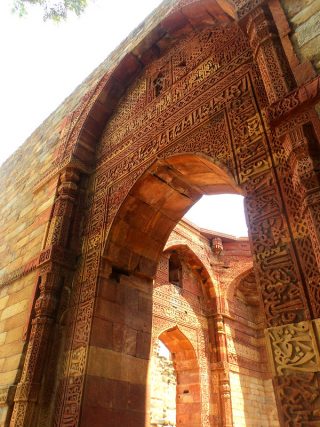