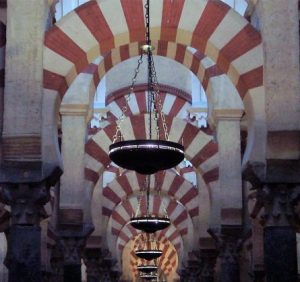 “I am from the partisans of Ḥadīth, and they are the best party. I hope to reach a hundred, having already passed the age of ninety.”

The epithet ruḥla is an interesting designation coined for someone who is considered a destination for academic travel. At the turn of the 8th century AH, when news spread that the Damascene Abū al-ʿAbbās al-Ḥajjār (d. 730 AH) had attended an audition of Ṣaḥīḥ al-Bukhāri under al-Ḥusayn al-Zabīdī (d. 631 AH) as a child, he quickly rose through the ranks of stardom: no longer an ordinary stonemason, he became one of the most highly sought-after transmitters of Ḥadīth in the Mamluk realm. The fascination of Ḥadīth scholarship with elevated chains for over a millennium is encapsulated in Yaḥyā b. Maʿīn’s (d. 233 AH) final wish: “an empty home and an elevated chain (bayt khālī wa sanad ʿālī).”

Among the living legends of our time is Shaykh ʿAbd al-Raḥmān al-Kattānī, who is celebrated for his exceptionally elevated chains of transmission for Ḥadīth. He is more widely recognized as the last surviving son of arguably the most prolific Ḥadīth transmitter of the twentieth century: ʿAbd al-Ḥayy al-Kattānī (d. 1962). I had the opportunity to visit Shaykh ʿAbd al-Raḥmān at his home in Fez, Morocco alongside some students. Despite his deteriorating health, he was gracious enough to let us recite the opening ḥadīth of Ṣaḥīḥ al-Bukhārī and other narrations to him. He then penned an authorization (ijāza) for us.

During one of his pilgrimage travels, the late Shaykh Yūnus Jawnpūrī (d. 2017) got wind of Shaykh ʿAbd al-Raḥmān’s presence during that pilgrimage. With the help of his students, Shaykh Yūnus undertook an arduous journey to obtain authorization of Ḥadīth from him. He would later boast that he met a student of Muḥammad b. Jaʿfar al-Kattānī, the author of al-Risāla al-Mustaṭrafa, and obtained authorization from him.

Given how active and engaging of a host he was—he actually sang poetry with us—he seemed much healthier than people his age. His state is reminiscent of Sufyān b. ʿUyayna’s (d. 198 AH) observation that anyone who pursues Ḥadīth will have a glow on his face,[efn_note] Al-Khaṭīb, Sharaf Aṣḥāb al-Ḥadīth, no. 28. [13] Due to his relatively poor health and other factors, getting an opportunity to recite Ḥadīth to him may not be as feasible as one would wish. Shaykh Yūnus once aptly observed, “Scholars maintained that Ḥadīth audition (samāʿ) was a form of sustenance (rizq).” We pray that Allāh grants him a long and healthy life and makes him a source of benefit for one and all.