The Ṣaḥīḥs of Imām al-Bukhārī (d. 256 AH) and Imām Muslim (d. 261 AH) occupy a sacrosanct space in the hearts of Muslims and are justifiably considered the most reliable collections after the Qurʾān. While each of these two works possesses features that have persuaded scholars over the centuries to prefer one over the other, al-Bukhārī’s literary genius truly shines in his chapter headings (tarājim). Chapter headings are a useful way for authors to guide their readers. They provide clarity on their contents, operate as a platform to respond to interlocutors, and present the authors’ personal views. From this angle, chapter headings serve as the earliest instance of textual commentaries by the compilers themselves. Although Ṣaḥīḥ Muslim’s astonishing structure and systematic presentation of ḥadīths are unparalleled, there is considerable scholarly debate on the authorship of its chapter headings.

Despite a dearth of conclusive evidence, there is general agreement that Muslim wrote the main chapter titles (kutub) of his Ṣaḥīḥ, e.g., Kitāb al-Īmān (the Book of Faith), based on early references to them by al-Dāraquṭnī (d. 385 AH) and Ibn Manjawayh (d. 428 AH). Furthermore, there is no disagreement that the ḥadīths in the Ṣaḥīḥ follow a coherent sequence within these main chapters, as mentioned by Ibn al-Ṣalāḥ (d. 643 AH); this is apparent to anyone who peruses the Ṣaḥīḥ. The point of contention lies in the titles of the sub-chapters (abwāb)—henceforth, chapter headings. In this paper, I will briefly explore the authorship of Ṣaḥīḥ Muslim’s chapter headings and outline Muslim’s method of presenting and critically examining ḥadīths in his magnum opus. 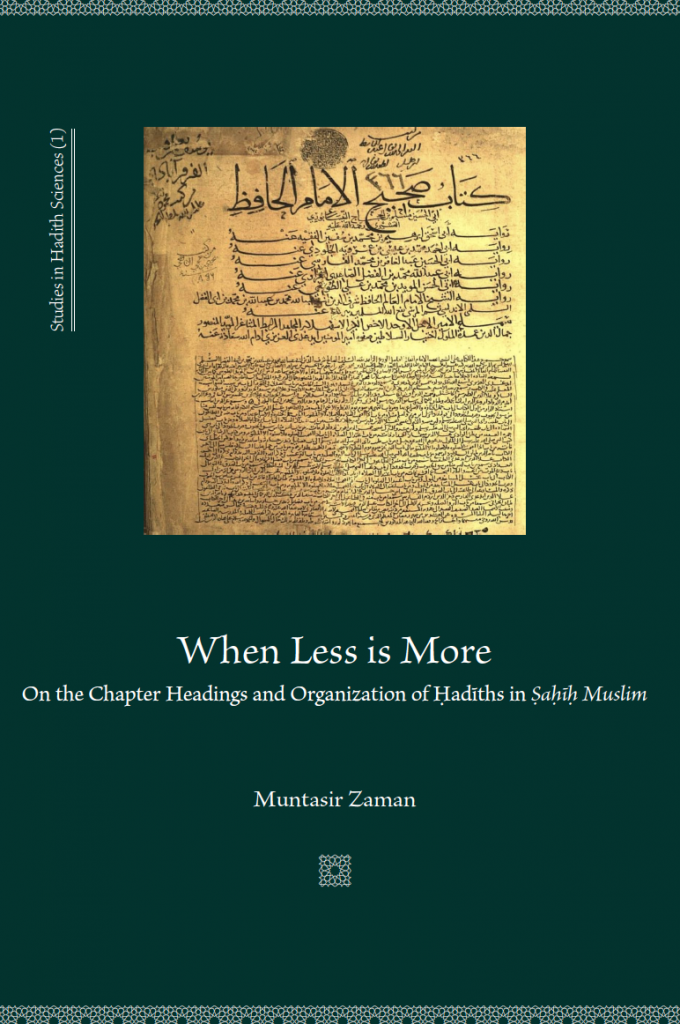 When Less is More: On the Chapter Headings and Organization of Ḥadīths in Ṣaḥīḥ Muslim